On the Erei mountains, not far from Enna is Piazza Armenia easily reached by coming off the A19 Catania Palermo motorway slip-road at Enna. Situated on three hills, the town is dominated by the “Castello Aragonese”, built by Martino I, king of Sicily, towards the end of 1300’s, and by the Duomo, dedicated to Mary of the Assumption, dating back to the 1600′, which stands on the remains of a more ancient church, In the Duomo, hangs a painting of the Madonna which was apparently donated to the grand Count Ruggero by Pope Niccolò II, a double-faced crucifix, an interesting and unique work by the so-called “maestro della croce”, and the “Assunta” by Filippo Paladino.The diocesan museum holds the treasure of the Duomo and other precious pieces, such as paraments and wax statues. The old town centre is an interesting succession of noble palaces easily observed as you proceed through the characteristic medieval streets. Worth seeing is the gate in carved tuff of the baroque church of San Rocco, as well as the frescoed ceiling of the town palace, and the Borremans frescoes in the church of San Giovanni Evangelista. On the outskirts of the town, the ancient church priory of San Andrea, founded by a nephew of Ruggero I in 1096, is worth visiting. Heading out of the town towards Valguarnera, it is also worth stopping off at the Ronza Park, a well equipped and vast green area run by the Forestry Commission, with numerous animal species. 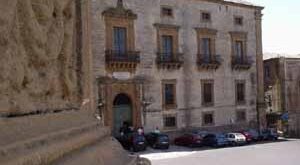 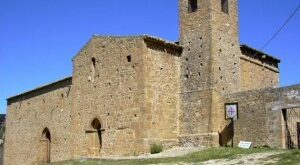 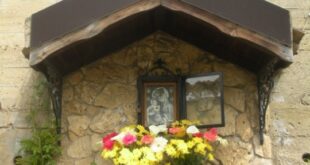 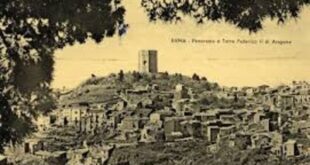